50 Popular Plants and Their Common Names

“What’s in a name? That which we call a rose – By any other name would smell as sweet.” (Shakespeare)

True! But sometimes names really help. Names usually tell a lot about a plant’s shape and growing habits, that is why, gardeners and horticulturists often remember plants by their common names. These names are either derived from historical facts, formation, color or sometimes shape of the plant. The following is a list of common names of 50 popular plants.

1. Red-hot cat’s tail or Chenille is common name of Acalypha hispida. The plants gets its name from drooping red spikes of red or purple color.

2. Century plant is common name of Agave americana. The plant is named so because it is believed to bloom after one hundred years; however, actually it takes about ten years to bloom.

3. Agave attenuata takes its common name, Foxtail plant, because of its tall and curved flowering stalks. 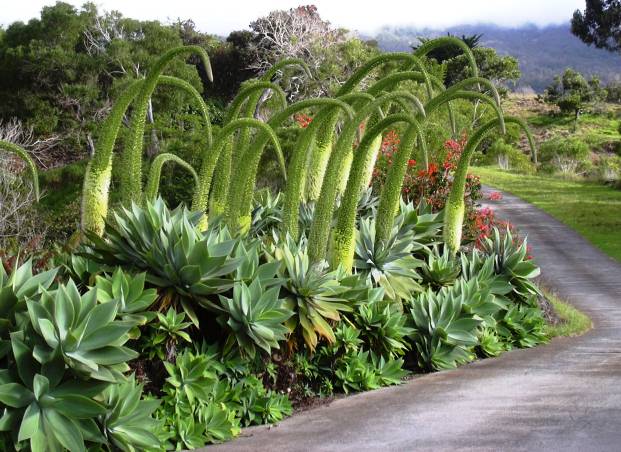 4. Allium christophii  is popularly known as Stars of Persia because it produces starry lilac flowers.

6. Love-lies-bleeding is popular name of Amaranthus caudatus; the name is given because of red spikes that it produces in summer.

7. Lace plant is common name of Ammi majus. The name is given because of delicate, feathery foliage of the plant.

9. Aphelandra squarrosa is a nice foliage plant that produces striking ornamental leaves. The dark-green leaves of the plan have broad silver-white veins that give the plant is common name, Zebra plant.

10. Dutchman’s pipe is popular name of Aristolochia durior. It is a woody climber that produces brownish-purple flowers shapes like curved pipes.

11. Spiral Grass is common name of Moraea tortilis. The plant is named after its twisting and curly leaves.

14. Brachychiton acerifolium is a beautiful tree with bright-red, bell-shaped flowers that give the tree its common name, Flame tree.

15. Angel’s trumpet or Moonflower (Buy online) is a small tree that produces very fragrant flowers that hang on this tree and look like trumpets. Scientific name of the plant is Brugmansia. 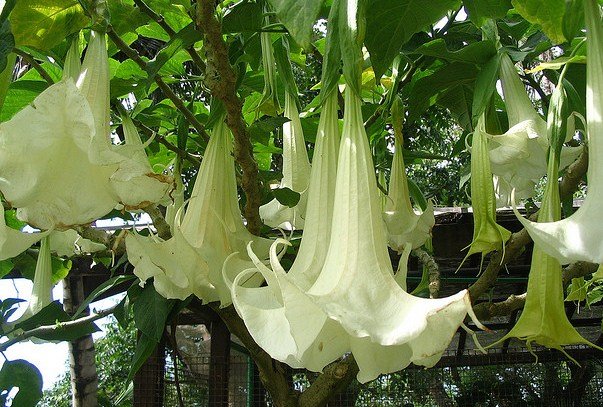 16. Like its popular name, Yesterday, Today and Tomorrow, Brunfelsia pauciflora is an interesting plant. The name is given because its produces violet-mauve flowers that fade into pale-mauve and then white on successive days.

17. Ladies purses is popular name of Calceolaria crenatiflora because it produces fleshy flower of the shape of a small purse.

18. The flowers of Bottlebrush actually resemble a bottle brush. Horticultural name is Callistemon.

20. Snow-in-Summer is common name of Cerastium tomentosum; it is a low growing plant usually grown as ground cover. The plan produces tiny white flowers in summer.

21.  Cordyline terminalis is known as Good luck plant or sometimes as Tree of kings. 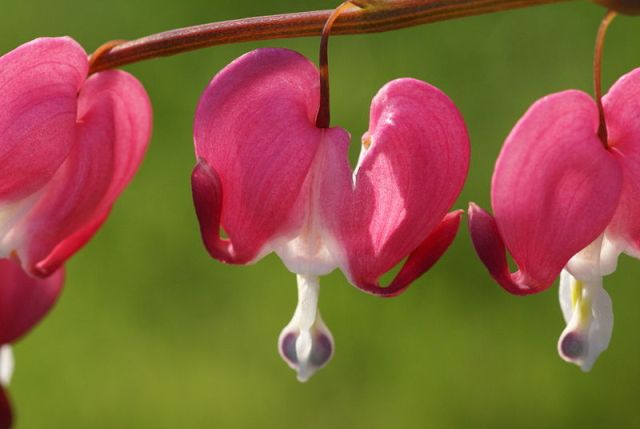 24. Breath of heaven is popular name of Diosma ericoides because its flowers emit very delightful fragrance.

26. Pineapple flower is common name of Eucomis autumnalis; the name given to the plant because of its long spike of flowers resembling a pineapple.

28. Morning glory is a common name given to plants in the family of Convolvulacease. These include many genera like Ipomoea, Rivea and Lepistemon. 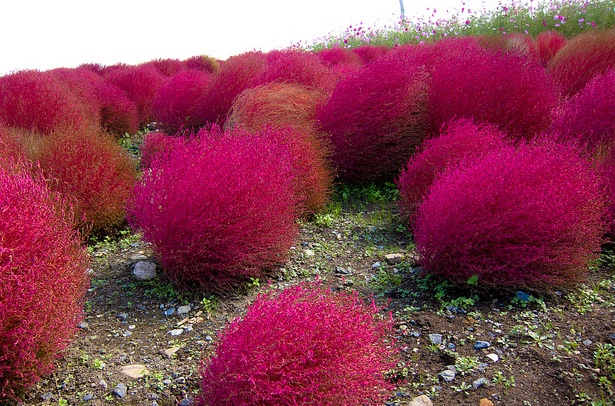 31. Four o’ Clock is common name of Mirabilis jalapa because it opens its flower in afternoon. 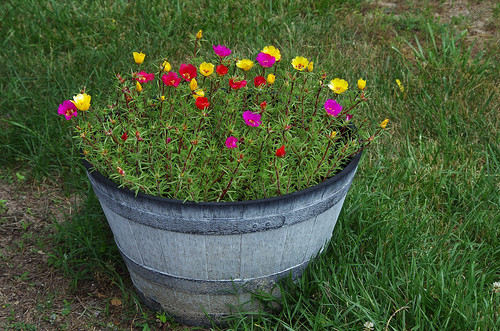 33. Traveller’s tree is the name given to Ravenala because its stores rainwater in its leaf base which travellers in old times often found very useful.

34. The common name Royal palm is given to Roystonea regia. 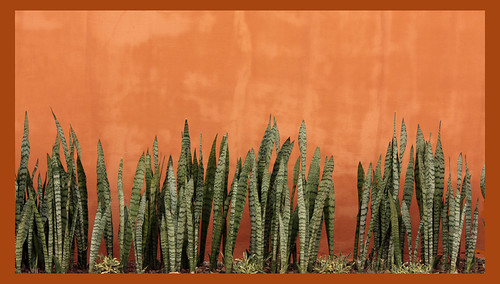 39. Chocolate plant is the popular name given to Pseuderanthemum alatum.

40. Screw pine is popular name of Pandanus utilis; the name is given to the plant because of unusual shape and formation of its large leaves.

45. Lamb’s tail is the name given to Sedum morganianum because of its trailing stems. 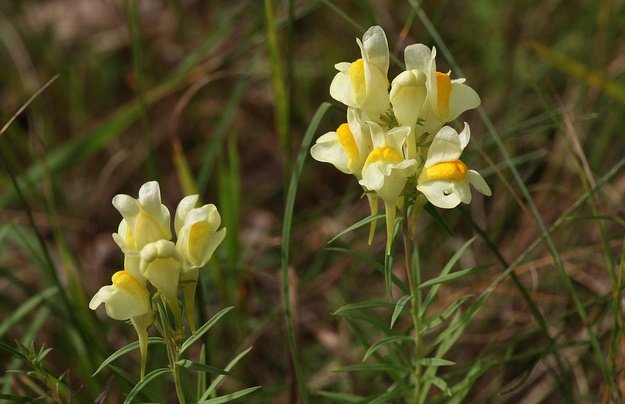 50. The scientific name of Lipstick Palm Tree, is Cyrtostachys renda.