Agaves are one of my prime choices when selecting plants for gardens, containers or landscapes. The variety of size, color and symmetrical patterns of Agaves make them a perfect candidate for interesting landscapes.  Generally, all agaves love plenty of light and space to grow and, except extreme cold, these plants can survive tough conditions.

Agaves belong to the Agavaceae family and are native of dry regions of the Western Hemisphere, but can be found in the Caribbean Islands and throughout Central America. There are more than 200 recognized species of Agaves and most of the species are grown commercially for ornamental purposes – to be used in rock gardens, landscapes, patio gardens, for medicinal uses or as container plants.

Agaves vary in size, color, spread and flowering habits. The color of agaves can range from bluish green to pale-green and olive-green to shades and variegation of white and yellow. Species such as Agave Americana or Agave Tequilana have broad, bluish-green leaves with protective teeth running along both sides and long sharp needle-like tips. Some agaves, for example, Agave Attenuata have smooth, light green leaves with tiny red teeth on both sides and a small tip. Agave Stricta has long needle-like leaves of usually olive-green color. Agave Filifera has narrow leaves, sharp tips and white threads. Similarly Agave Vitoria Regina has compact, green rosette with white patterns. 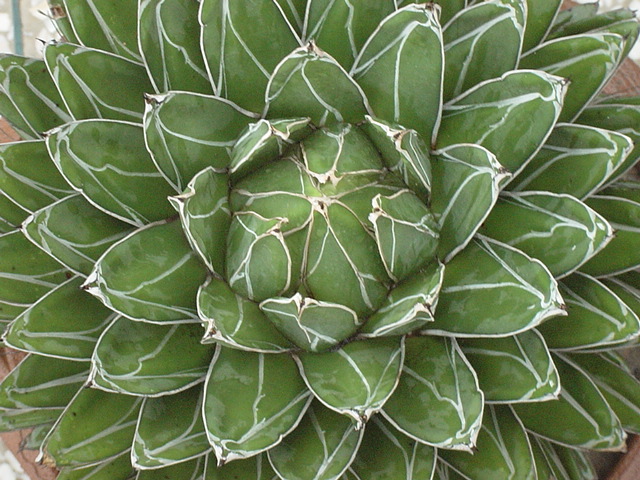 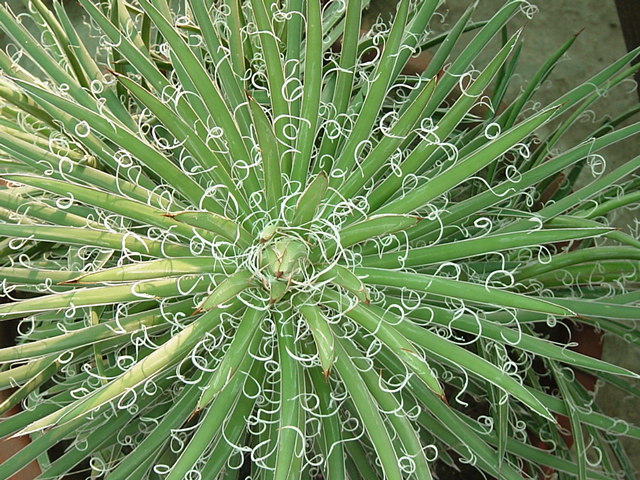 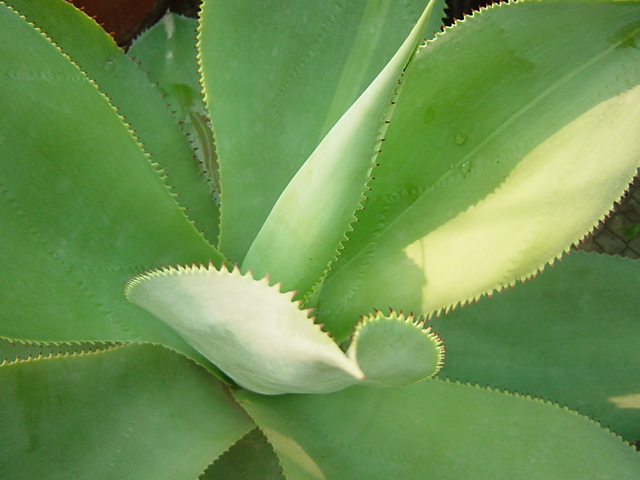 Most of the agaves are monocarpic – means they bloom once a year. Mature plants bloom in summer and produce sweet odor to attract insects and bats as pollinators. Flowers grow on a long stalk that that grows from the middle of the rosette. There are some agaves that bloom several times a year, however, most of them flower once in their lifetime and die after flowering leaving clumps of off-shots on the mother plant or offshoots on the stem. A few agaves remain solitary and can be reproduced by seeds only. Plants grown in containers bloom rarely or less frequently.

Selected agaves are used for their edible flowers, leaves or stalks or basal rosettes, and the sap. For example, the sap (also known as Agave Nectar) secreted by certain species is used as an alternative to sugar or honey in cooking.

Agave Tequila or Tequilana (Weber Blue) is commercially grown in Mexico to produce Tequila spirit. The young flowers are cut, processed, and fermented for the production of Tequila which is drunk straight or with a pinch of sangrita – a sweet, sour and spicy drink typically made from orange juice, tomato juice and hot chilies. Traditionally, tequila is served in a narrow shot glass called a caballito.

Certain agaves are known for their medicinal benefits. The juice from leaves of some species is used as a topical treatment to relive itching and sores. After-fibers from some agaves are soaked in water that transforms into a tonic to be used for disinfecting the scalp. As a diuretic, the sap secreted by some agaves helps the body expel excess water and salt; in turn, this allows the heart to pump better.

Medicinal use of any plant should be administered. Always seek medical advice before any self medication.

Leaves of most of the agaves contain fibrous vascular system. This fiber is used to make a number of products like twine, rugs and ropes. The fiber from Agave Silsiana is called Sisal and is known for its strength, durability and ability to stretch. Sisal is used in manufacturing of paper, dartboards, buffing cloth, filters, geotextiles, mattresses, carpets, handicrafts, and as an environmentally friendly strengthening agent to replace asbestos and fiberglass.

Agaves usually require very little maintenance. They grow well in a both rocky and rich loamy but well drained soil and require a plenty of light. Younger agaves, however, prefer partial or filtered sunlight. Agaves can be easily grown in containers. However, you must report them in a larger pot once a year to allow more room for roots. The potting mixture can be made by mixing equal parts of soil, pumice and crushed gravel.

Water your plants only when the soil is dry especially during the winter when they get dormant. During this period protect them from freezing temperatures and frost. For growing plants in containers, terracotta pots are preferred.

Agaves are usually attacked by fungus or mites; use anti fungal treatments and miticides, if this occurs. Sometimes, Snout Weevil attacks and bores through the leaves whole destroying the plant. In this case, use a good insecticide meant for beetles and grubs.