Ginkgo Biloba belongs the Ginkgophyta division of the Plant kingdom. This is one of the oldest surviving species and the only plant of its kind having no relative plants, that is why, it is also called living fossil or fossil tree. The oldest known living tree of Ginkgo about 3,000 years old and is located in Shandong province of China. Fossilized Ginkgo trees dating back 200 million years prove that they have survived various ice ages. 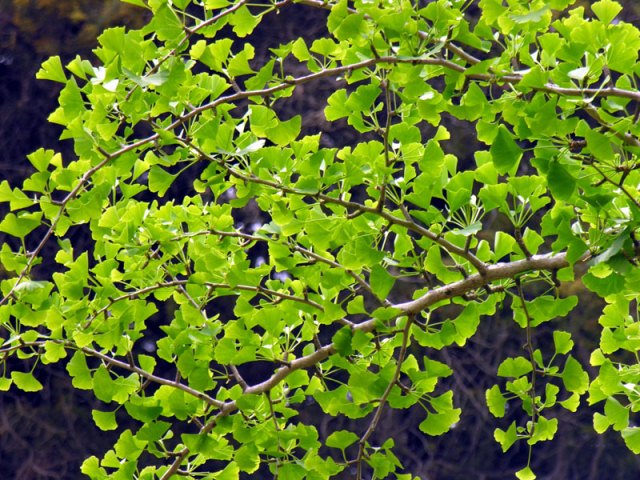 Ginkgo Biloba is a hardy plant and can be grown easily as it is capable of surviving in various conditions. They are said to have survived nuclear explosions at Hiroshima. Ginkgo Biloba trees prefer moderately hot climate and grow well under full to partial sun. The growth is somewhat slow; on average it takes thirty years to reach maturity. A fully grown Ginkgo Biloba tree can attain an average height of about 120 feet in its natural condition.

Ginkgo Biloba is dioecious – meaning they have separate male and female plants. They usually bloom in March and April. The female plants bear flowers whereas male plants produce yellowish catkins. Fruits are smelly and grow on female plants therefore most commercial cultivators grow male plants. The leaves are fan-shaped and have a span of around 3 inches. They turn yellow in the fall before dropping off. 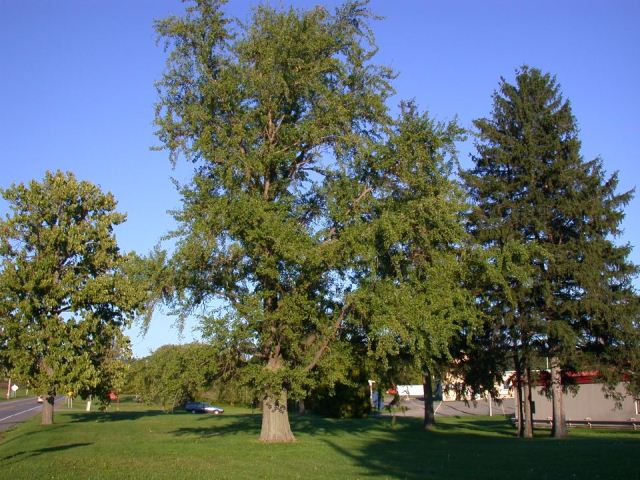 When growing Ginkgo Biloba as house plant, provide it with loamy soil with good drainage (the soil can be supplemented with organic manures and compost) and select a place where it gets good sunlight for a couple of hours. Plants that grow in a sunny condition develop better foliage and fruits. Seeds can be sowed in late fall. Young seedlings should be protected from frost and harsh environmental conditions. Seedlings can be planted in garden soil during spring. Young plants should be watered carefully as they cannot tolerate excessive moisture.

The growing cycle starts in May and ends around September. A young plant can gain approximately 30 cm of height each year. The plants in my collection are two years old. 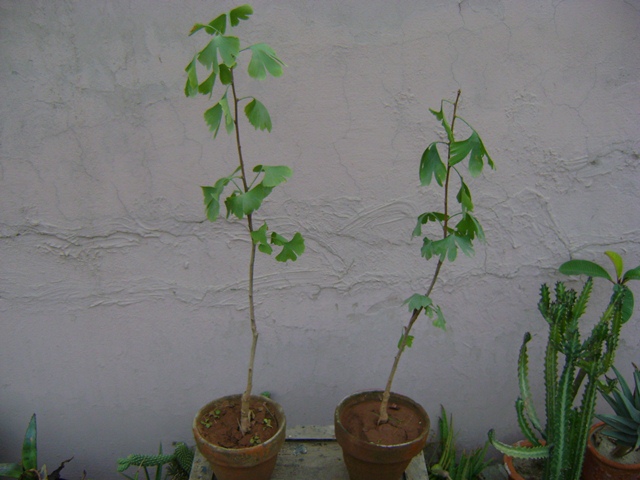 Ginkgo Biloba is known for its medicinal value and is used to cure a number of medical conditions and diseases including loss of memory, circulatory problems, premenstrual syndrome, alzheimer, asthma , hypertension and high blood pressure.

Self-medication or any use without medical supervision, however, is never recommended.

Nuts from Ginkgo Biloba seeds are considered a delicacy in China and other Asian countries. They are served roasted or boiled with meal and also used in oriental dishes, soup and porridge.